Watching mind-numbing ads was an inescapable part of 90s life.

Unless you were organised with the VHS tape recorder, which let’s be honest most of us weren’t, then your average evening slouched in front of the box meant a conga line of advertisements. Without a trusty phone to distract you, you’d sit their eyes glazed over as ads for the latest hottest CDs, pizza delivery specials, carpet sales, bedding bargains, bank promotions, toilet cleaners, stage spectaculars, psychic readings and, well, the list is endless.

Because if you watched a day of television as some of us were prone to do you’d quite literally be advertised everything. The later it got, the weirder it became. Some of them interested you, most didn’t. It’s why ads over time got a bad wrap. Because the majority of them just weren’t useful. One or two ads in a television break might get your attention. Maybe just a handful of page ads in a newspaper. And website banner ads since the dawn of the internet always just seemed to be for things you had absolutely no need for. 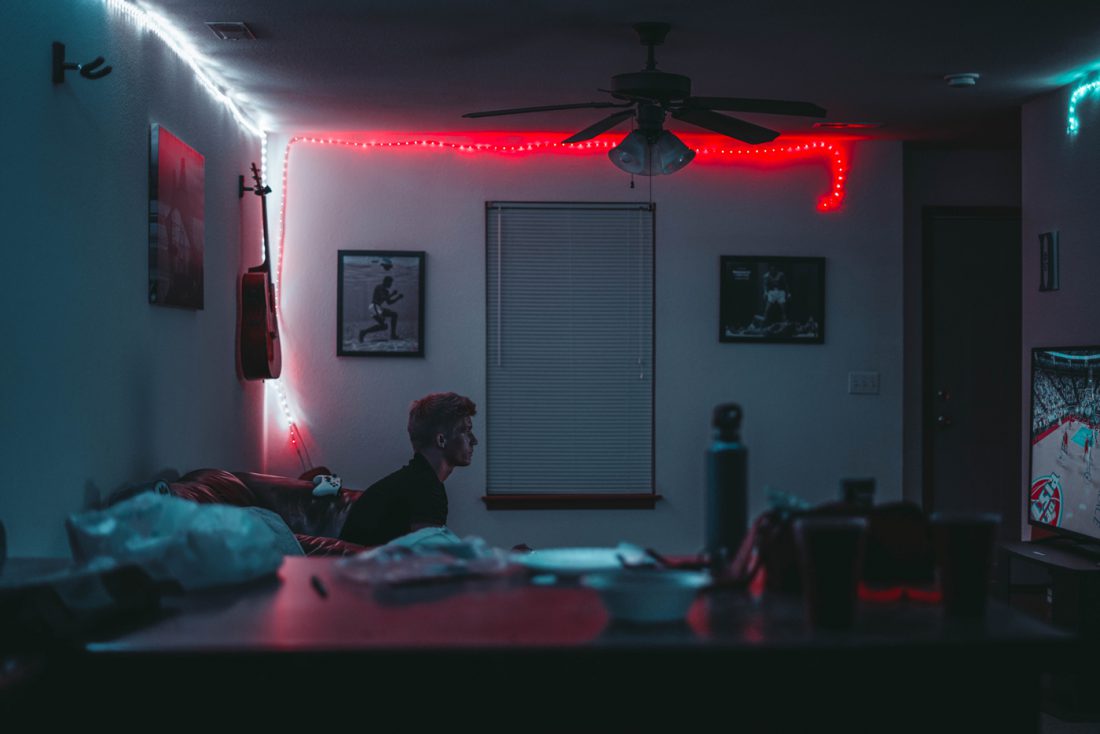 But as sure as night follows day, advertising follows eyeballs. The social media we now use to seek refuge for a few minutes from television ads has unsurprisingly become dominated with ads itself. In this world there’s really no escape.

It mightn’t be such a bad thing though.

Because social media is doing its best to solve that age old advertising problem – relevance. In doing so it’s becoming the saving grace of youth marketing. With it a generation are growing up with a radically changed perception of advertising. They might just not totally hate ads after all.

Year13’s YouthSense research surveying over 1000 15 to 24-year-olds has found Gen Z are hardly engaging with print, television and radio. But with so many places to advertise on the internet, we’ve found the best and worst places to advertise to Gen Z online. 45% of Gen Z’s chose Instagram ads as the the form of advertising they most like online. With nearly half of young people receptive to ads on Insta it’s the clear winner in any youth marketing strategy.

Most astonishing of all is that it’s higher than the 37% who said they don’t like seeing ads. It’s also well out in front of its stablemate Facebook (28%) and competitors like Snapchat (11%), Spotify (5%) and YouTube (19%). In fact our research has found that Gen Z hate ads interrupting their music, movie and TV streaming and YouTube clips. Brands putting ads here risk turning off the audience they’re trying to win over.

A 24-year-old from Victoria summed up the survey’s findings when she told us what she thought was the secret to the best and worst places to advertise to Gen Z online.

“Instagram and Facebook are the best way to advertise I think personally but then it depends what kind of product you sell and who your target market is,” she said.

“But I think that a lot of people find advertising when they listen to music or watch a movie annoying so if I had a brand I wouldn’t use this as an advertising channel.”

They’re part of a host of exclusive YouthSense findings into the way young people consume media and advertising which can be found in our report What Gen Z Actually Do Online – Social & Digital Media Trends 2019.

A full breakdown of Gen Z’s media consumption and the best and worst places to advertise to Gen Z across both traditional and online media can be found inside.

Instagram is by far Gen Z’s favourite social media app. After having Gen Z explain in their own words how to best use Instagram influencers and best use Youtube influencers to market to them, here we’ll share their thoughts on why Instagram ads are crucial to successful youth marketing.

Instagram ads come in two main forms – sponsored posts you scroll by in your feed and sponsored stories which appear between the stories of the people you follow.

An 18-year-old from Western Australia responding to our survey summed up why young people like Instagram ads the most.

“Instagram ads are good because they’re tailored to your interests and aren’t in your face either,” she said.

A 24-year-old from NSW said invasive streaming ads were a turnoff, but Instagram ads solved this problem.

“I think streaming with ads is a big disturbance, it doesn’t make me want to buy anything if I’m being disrupted,” he said.

“I can live with sponsored ads on Instagram because I can swipe past it if it doesn’t relate to me. That’s the idea, it’s a quick glance of what it’s selling.”

An 18-year-old from NSW backed up these thoughts.

“No one’s going to care (about an ad’s message) if the ads are in the way of things people are trying to do, like watching youtube videos,” he said.

“I reckon the sponsored ads on Instagram are good though.”

Being able to see people’s comments on Instagram ads a 17-year-old from NSW said was one of its benefits.

“I prefer Instagram advertisement as it is more related to content I’m interested in and I can see real feedback or be able to tell if reviews are from bots,” she said.

“I feel that is most effective for me personally.”

A 23-year-old from NSW said well-made Instagram ads which went into detail about a product made him more likely to pay attention.

“I’ve found videos which pop up on Instagram that have a focus on the design of the product and go into detail with the way it behaves in relation to areas such as ethics or lifestyle, that I (or the audience) can relate to as some of the more enticing advertisements,” he said.

“Makeup and clothing brands advertise well on Instagram and Youtube whereby using photos, images and videos is the main form of expression on those social media platforms,” she said.

An 18-year-old from NSW said Instagram stories were an alternative for brands to Instagram ads in the feed.

“Definitely less ‘throw in your face’ advertising (e.g in the middle of a video) it just turns the consumer away,” he said.

“A more productive way is to display them on their Instagram, Facebook stories that way everyone is updated but isn’t forced to look.”

Gen Z’s seismic shift away from traditional media has meant online advertising is essential to reaching them. But with so many places to put ads up on the internet brands really need to know the best and worst places to advertise to Gen Z online.

With Gen Z increasingly turned off by ads being blasted at them between songs and throughout video clips, Instagram ads have become the saving grace of advertising. It’s clear from our research that Instagram ads are the best place for youth marketing.

The app has found the perfect balance between user content and sponsored posts presented in a way which doesn’t feel invasive and disruptive. With nearly half of Gen Z rating Instagram ads as the best place to advertise to them and just about all of them using the app regularly, what are you waiting for? It’s time to get on the ‘Gram!

Grab a free copy of our What Gen Z Actually Do Online report for more unique data and insights about Gen Z.

13 Reasons Why Gen Z Stress About Their Friends

We’ve done the most comprehensive wellbeing Check into Australian Gen Zs ever undertaken. Gen Z Wellbeing Check looks into the physical, mental and social health of Australian youth aged 15 to 24 by...

Hey employers, want to win over your Gen Z employees? No, you don’t need ping pong tables and bring-your-pet-to-work days (as awesome as they are). Instead, give them ‘mental health days’. According...

Is the ‘office’ next on Gen Z’s hit list? Relaaax, not the Dunder Mifflin Paper Company. We’re talking about the office that we used to frequent so often before the COVID-19 pandemic...

Parents Of Teens, You Can Breathe A Sigh Of Relief

Because in case you missed it, Instagram recently announced new measures to keep young people safer on Instagram. The move’s in response to increasing concerns about online safety and calls for social...