In this 13 Reasons Why series we explore the different problems Gen Z are dealing with as told to us by them. Through their own words we’ll see what leads to young people’s mental health problems.

A wave of heat pours over your body.

You’ve walked into a room full of people, everyone’s chatting away. Everyone’s so… at ease with each other. Amongst them all though you can’t see a single person you know. Not one. Your heart starts thumping. “For the love of god please let me find somebody I know.”

With worry riding like Mad Max through your veins you crease your face into its best fake smile. You’re determined to not let anyone see the dread below the surface. “Why am I so bloody awkward?” As your eyes dart around the room, like an oasis in the desert, a familiar face appears. “Saved!” A fire extinguisher blast of relief hits your body. Your heart stops trying to escape from your chest. No awkward small talk with strangers is necessary.

Welcome to a day in the life of someone with social anxiety.

Social anxiety is a bitch to deal with there’s no doubt about it. While many get the odd bout of nerves, for sufferers of social anxiety it’s a daily debilitating struggle. Through our research surveying over 2000 young Australians aged 15 to 19 we’ve found 68% have experienced struggles with their mental health. When we asked them what emotion they feel strongest when they’re socialising with new people or acquaintances, the number one response was anxiety. 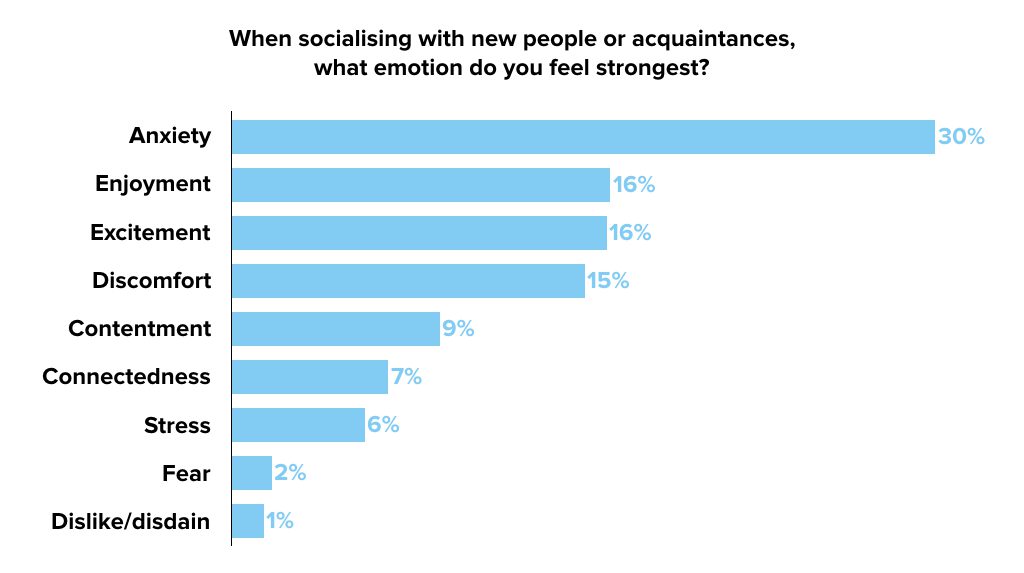 We also asked our Gen Z respondents how comfortable they felt in a bunch of everyday scenarios. While half felt some degree of discomfort in a face-to-face job interview, that’s to be expected. Not so much though the 45% who said they felt uncomfortable simply picking up the phone to make an appointment. In fact, 4% said they’d never made a phone call for an appointment ever.

Between instant messaging, UberEats, Amazon and Tinder the need to actually speak to other lifeforms has evaporated at a rapid rate. For those growing up since the turn of the millennium it’s more uncommon to need to exchange spoken words with someone for something than it is to just press a bunch of buttons.

It’s gotten to the point Gen Z has such little experience with it that it triggers their anxiety. But with job interviews and other important life events still requiring you to speak to someone you don’t know, this lack of exposure is a real problem for Gen Z. Like a muscle, speaking and socialising with strangers needs to be exercised or you’ll become bad at it. A weak muscle in this case equals social anxiety. 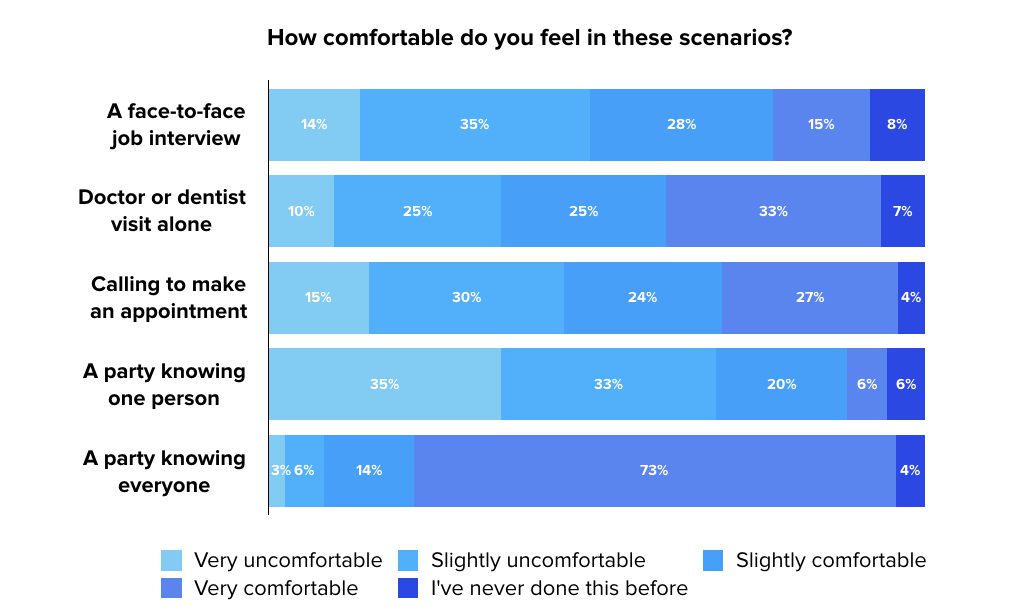 It’s becoming more common for groups of friends to sit together on their phones rather than actually talking to each other. It’s partly why mobile phone usage has been banned in Victorian schools from next year. One school principal quoted in the story said since their school had brought in a phone ban “we have observed improved social connections, relationships and interactions in the school during lunchtime.”

But outside of school 69% told us they check their phone first thing in the morning and last thing before they go to sleep. When we asked them if they felt they spent too much time on social media, 46% agreed and 21% strongly agreed. With 20% on the fence about it, just 13% said they disagreed.

It’s clear that Gen Z recognise they’re spending too much time on social media. But from their perspective having hardly known anything different it’s unlikely they’re fully aware of the magnitude of the harmful effects it could be having on them for the rest of their lives. Namely, social anxiety. 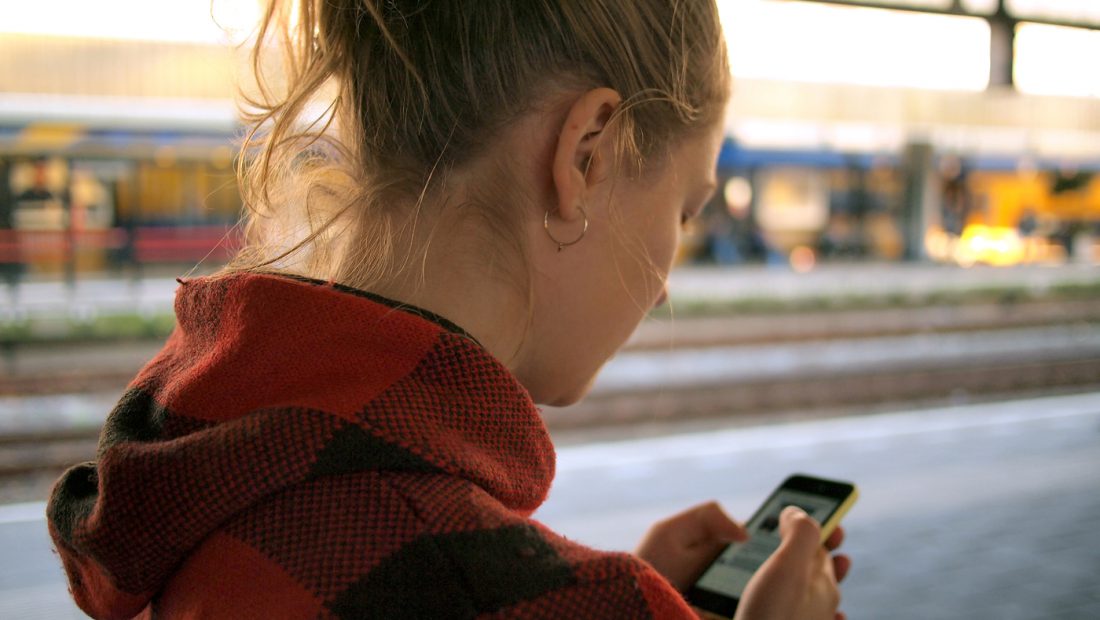 With teenage years critical for developing social skills, social media and smart phones have created a generation who spend less time face-to-face with people than ever before. It really can’t be understated enough how school now more than ever is crucial for young people learning how to deal with others. To ensure they’re fully prepared for their futures social anxiety is something parents and educators need to help young people overcome.

At YouthSense with the trust of our Year13 audience we’re in a privileged position where young people tell us things they often don’t even reveal to their friends and family. From the issues affecting them today to their concerns for the future, we dive into what’s on their mind so our readers can better respond to their needs.

Here we’ll take a look at why young people stress about social anxiety. And what they do to deal with it.

“Meeting more and more new people as I transition out of the secluded bubble of high school is really testing my social skills and I deal with this by just taking it slowly and really trying to understand people instead of getting freaked out by talking to them.” 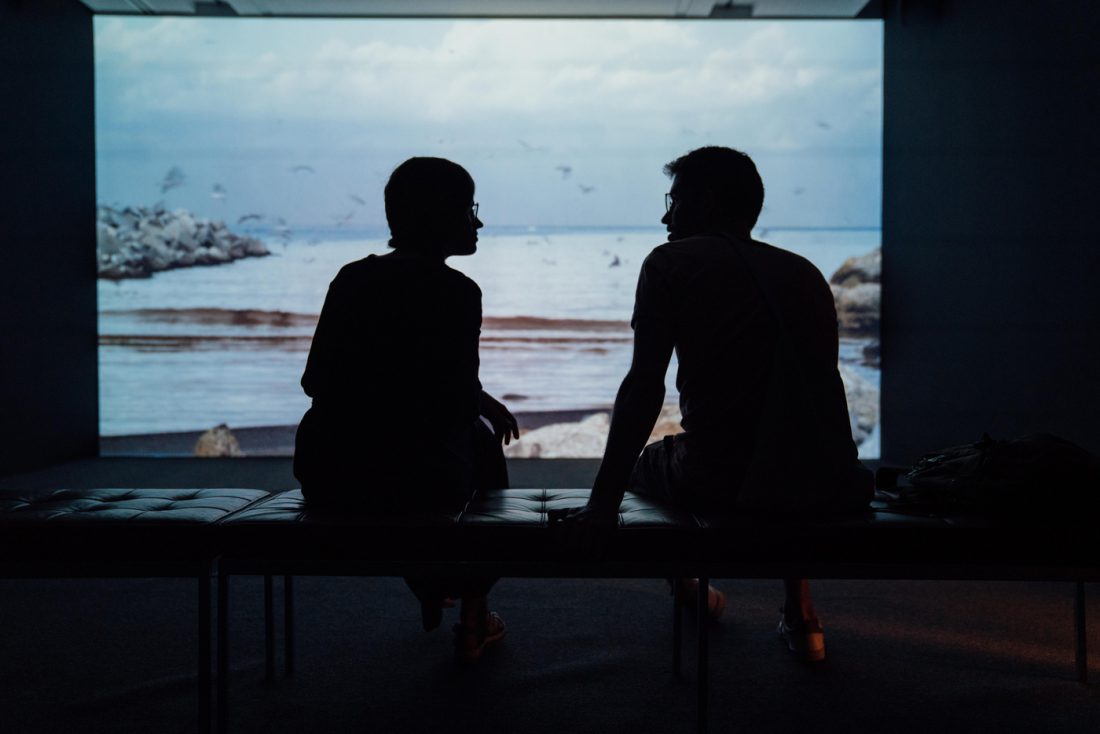 “Having to meet and interact with new people causes me a lot of stress. As I just started university, this has been happening often. To deal with it, I try to introduce myself sometimes, but often feel as though they don’t want to talk, or they think they are superior/above me. Talking to my friends and spending time alone allows me to relax and unwind.”

“Dealing with social situations, like meeting new people, calling over the phone or making friends. It stirs my anxiety up a little, and makes me feel very uncomfortable. I try to deal with it by working up myself to do things. It takes me up to a day to work up the courage to call someone, and I have to constantly tell myself and overthink every scenario when attempting to make a friend. Meeting lots of new people especially at uni is overwhelming at times. I deal with it by attempting but failing to make small talk and end up looking their names on Facebook because I forgot. I’m a terrible person when it comes to dealing with these things. But I’m still trying to deal with it and get through them.”

“Independently starting/maintaining conversations or friendships with people outside of my established friends group. Having a desire to want to get to know people is a struggle due to anxiety issues.” 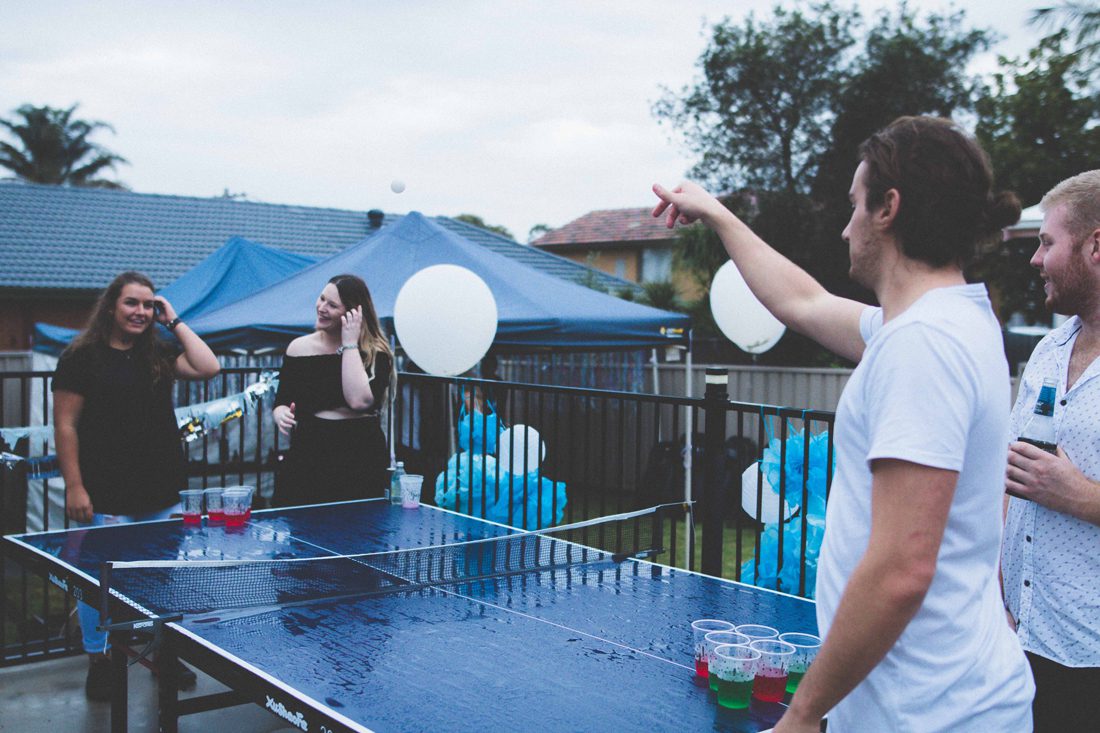 “For me, I struggle with social anxiety. For example walking into school or walking into a party and I’m not sure anyone is there yet stresses me out.”

“Constantly being surrounded with the same people throughout high school and some, primary school, can be tedious and instigate social anxiety. During the weekends and school holidays I often feel significantly more at peace and happy. However, of course I have to return to school eventually and therefore figure out ways to reduce the stress and anxiety resulting. Often this includes talking to one or two close friends about issues.”

Checkout more stories in this series: Grab a free copy of our Gen Z reports for marketers and universities.

7. Fake it till you make it

“The most stressful thing is some social situations particularly with new people, I help fight this by getting help from friends. Also by trying to be confident and just be myself.” 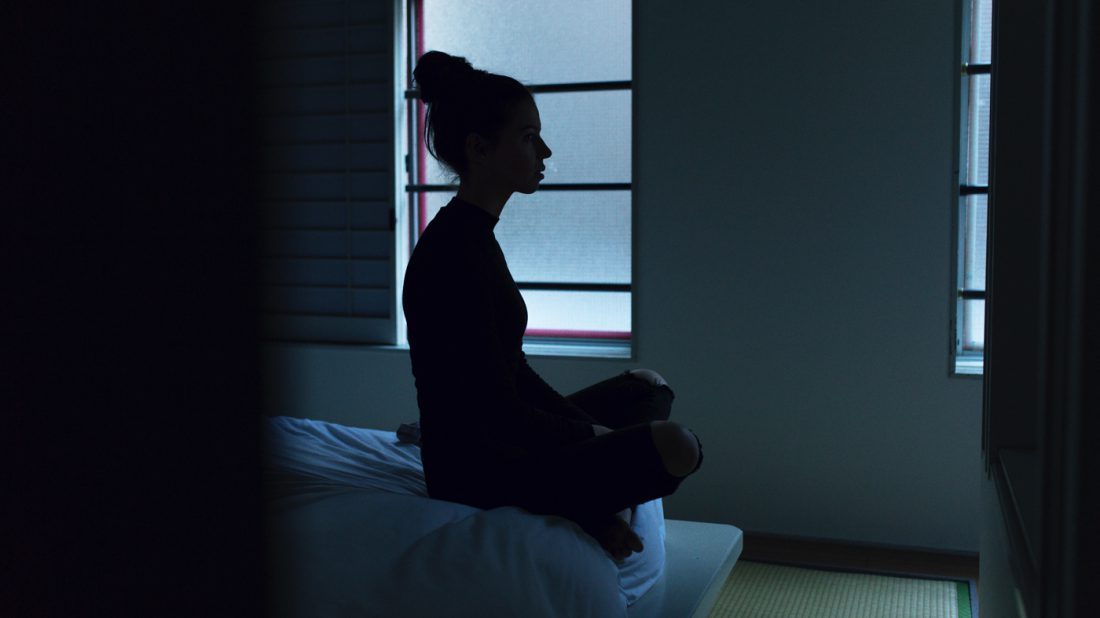 “My school counsellor helped me out a lot but also made me realise I had some social issues so I began seeing a psychologist outside of school. My psychologist helped me out a lot by giving me strategies on how to help me with school work because I work at the pace of a snail compared to my peers. She also helped me with anxiety which I didn’t know I had. I’ve always been nervous around new people and am generally shy but I didn’t realise I had anxiety until I began my sessions with her. In addition to all the strategies she gave me in relation to school, she also gave me ones that applied to my social anxiety, such as practicing cognitive thinking. Cognitive thinking helps with my anxiety (which I’m lucky in saying is relatively mild) in relation to school and socialising. It has helped me get through a lot of situations and has lowered my stress levels a lot. I still get stressed every now and then, particularly now that my assessments are all due soon, but now I know how to cope with it.”

“People and social situations give me severe anxiety. I avoid them at all costs.”

“I have severe anxiety so everything everyday causes me anxiety, but I feel like the thing that causes me the most stress is interacting with people and overthinking the situation. I handle it by talking to friends and just calming myself down. I think it’s important to be able to get over stress.” 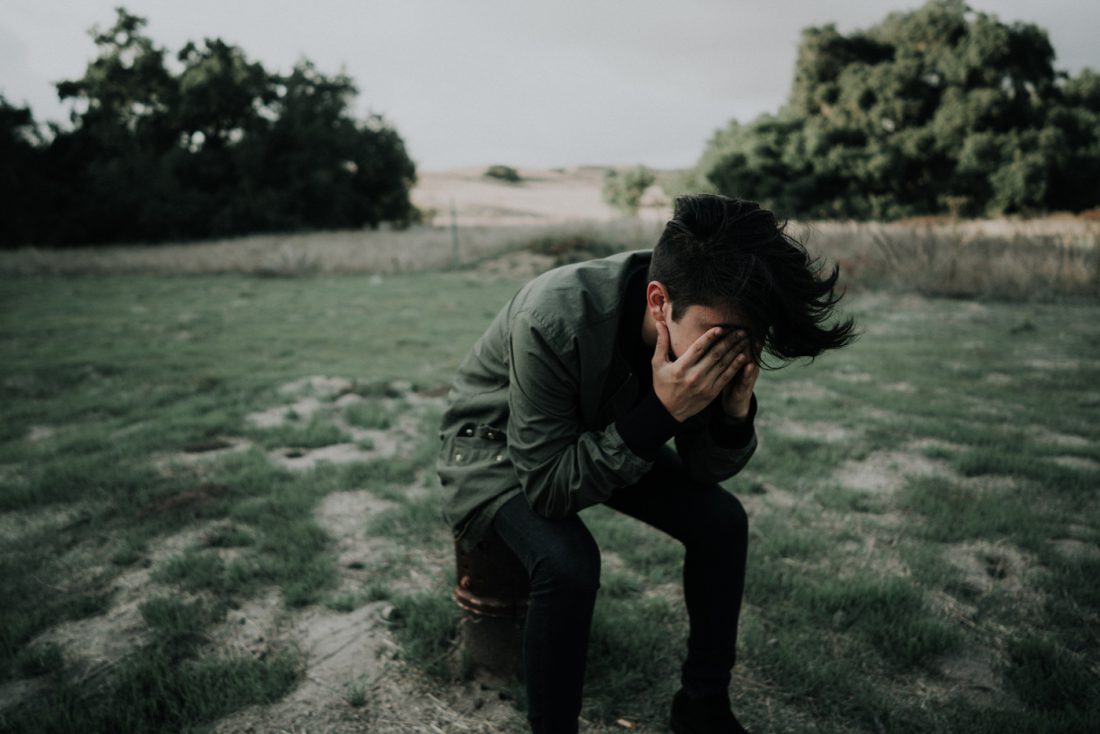 “My anxiety. I struggle to socialise, I avoid going to events, wearing the things I want to, and being the person I want to be. I have lost so much of my life from it, it really really holds me back.”

“Trying to make friends causes me the most stress in life because I’m very shy and socially anxious. I don’t often deal with it because I don’t really know how to overcome how shy I am.”

“I have social anxiety so I do gain stress in large groups or with people I do not know very well. I’m a very reserved person in these situations. When I’m stressed, I tend to say to myself ‘it’s ok’ and I sort of deal with it myself. The more I do it, the less stressed I become.”