Looks can be deceiving.

A slim teenage girl brimming with energy from an afternoon run could in fact be secretly shouting at herself underneath the surface for hating the way she looks.

It’s a reminder that with mental health we always need to ask some deeper questions. So what are some of the things we need to look out for?

As you can see from these numbers, females are suffering many of these issues at over twice the rate of males. Some of them told us about how this plays out in their daily lives.

“I absolutely hate the way I look because I’m naturally skinny and people think I look anorexic,” a 16-year-old female from NSW told us.

“They think I don’t eat enough, that I’m weak and I’m sick. I can’t look in the mirror without tearing my appearance to shreds, and I think it has a lot to do with social media, unrealistic beauty standards, and comparing myself to others but I don’t know.”

This 21-year-old female from Queensland revealed to us how some things which might appear positive on the surface, like exercise, can in fact not be so.

“What is negatively impacting my overall health is my eating and exercise disorder, as I restrict a lot of foods as well as under-fuelling and forcing myself to over exercise everyday,” she said.

“This makes me feel depressed, lonely and helpless.” 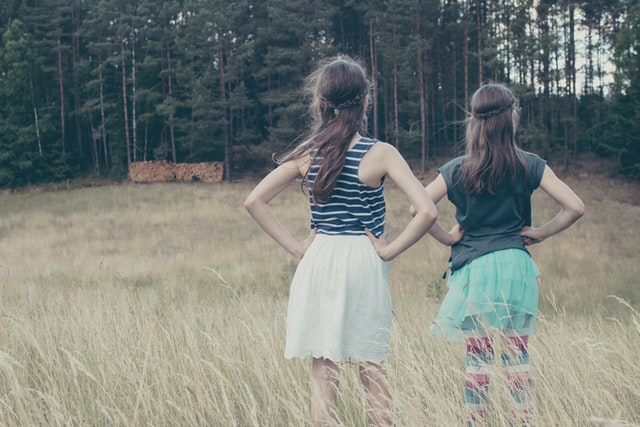 On the opposite side of the spectrum are those spending too much time on their phone.

“I was spending 17 hours on my phone per day,” an 18-year-old female from Victoria said.

“It was only when I was in the shower a couple of days ago that I was finally motivated to act when I almost had a panic attack because I left my phone in my bedroom, and I couldn’t get to it to check it.

“When I did get out of the shower, I deleted both Instagram and Tiktok. I only access Instagram on my laptop now to talk to my friends so I avoid getting caught up in repetitive swiping. And I can honestly say I already feel so much better.”

When we asked what was negatively impacting respondents’ wellbeing, the top causes were burnout (54%), a mental health condition (39%) or education, money and sleep (all 38%). One in three (34%) respondents said perfectionism was causing them mental grief.

The survey also found that Gen Z females are more likely to have been in therapy than males.

“With lockdown I was forced to face myself,” a 17-year-old female from Victoria said.

“For multiple years I put up a front, I suppressed my feelings and emotions and never gave myself the time to really find out who I am or allow myself to honour my feelings.

“In discovering myself and proactively putting in the work to heal myself, I’ve been able to truthfully express myself and acknowledge the shit I went through and be authentic with how I’m feeling.

“This led me to going to therapy for the first time, being honest when people ask me how I am and just stopping being so hard on myself.”

Our Gen Z Wellbeing Check research has found it’s gotten to the point now where mental health (67%) tops both coronavirus (66%) and climate change (63%) as the number one issue Australian youth are concerned about today. No doubt though both those issues have impacted mental health.

And while we can see there’s a real mental health crisis with teenage girls and young women, it’s also apparent that there are few young people out there, male or female, who don’t have some sort of issue impacting their wellbeing.

And it’s a good thing more of us are talking about it.

YouthSense is powered by the team from Year13 – Australia’s largest digital platform for high school leavers, helping them find their passion and plan their future. YouthSense helps parents, educators and businesses to better understand and engage with young Australians by providing stories and research reports featuring data-driven insights and the opinions of Gen Zs.

Does Your Child Have Gen Z Dread? Here's What To Do

What's The Actual Point Of School?

What's The Actual Point Of School?